Norseman Structures has provided SSLC (consortium of SNC-Lavalin, Flatiron and Dragados Canada) with eight steel framed, fabric covered buildings to cover the casting and curing of concrete piers during the construction of the new Champlain Bridge in Montreal, QC, Canada.

BUILDINGS DESIGNED TO ROLL AND NEST WITHIN EACH OTHER

In addition, side panel mesh vents were added to the covers for side ventilation and added air flow.

These eight buildings allowed SSLC to avoid costly construction delays due to cold temperatures as they provided optimal conditions for concrete casting and curing.

With 50 million vehicles crossing each year, Montréal’s Champlain Bridge is one of Canada’s busiest crossings, and as of 2015, it also became one of North America’s largest worksites. Seeking to reconstruct the Champlain Bridge and update its unique visual identity, builder Signature on the Saint Lawrence Construction (SSLC) required a temporary controlled environment for curing concrete on site, safeguarding workers from the environment to avoid construction delays and helping SSLC complete the project within its ambitious 3 ½ year timeline.

Norseman knew that SSLC needed much more than a standard pre-engineered building. We took SSLC through our ShelterSolution process, where we identified several unique operational requirements that were critical to helping SSLC stay on time and on budget. To begin, the bridge piers had to be constructed in a controlled climate to achieve the high level of concrete quality that would allow the bridge to last twice as long as the previous bridge. With a plan to fabricate concrete piers on-site, SSLC needed a covered working environment to pour and cure the 50-foot x 50-foot x 50-foot concrete bridge piers and protect them from Montréal’s extreme outdoor weather conditions. To add to the complexity of the project, total access to the large piers was required so the piers could be seamlessly craned out of the structure and into the river to construct the bridge. This meant the structure needed to provide an ideal controlled indoor environment and be flexible enough to allow for easy crane access to the piers once they had cured.

Norseman delivered a complex structural solution that was Fiercely Reliable in meeting the needs of SSLC. The ShelterSolution was an intelligently planned, secure and flexible environment embedded with project specific intelligence, designed to support operational performance and help SSLC’s team produce high-grade concrete. SSLC’s ShelterSolution consisted of four sets of two buildings, that covered a total of 20,000 square feet of work area and provided optimal conditions for concrete casting and curing. The custom designed structures were mounted on rails to cover piers during curing and allow for them to slide down the rails to nest together, exposing the piers for easy crane access.

MORE THAN A BUILDING

From design to delivery, Norseman was able to produce unique temporary structures that were sophisticated and purpose-built solutions. They delivered peace of mind as well as reduced project timeline, investment, and risk for the creation of piers for the bridge. SSLC’s ShelterSolution was designed to be versatile, and once all the piers were cured, put in place, and the initial project was complete, they had structural assets they could either sell or adjust to suit another purpose. In this case as SSLC progressed to the next stage of the bridge build, new structural needs were identified, and four of the eight buildings were modified to provide shelter for another purpose, furthering their investment beyond initial expectations. 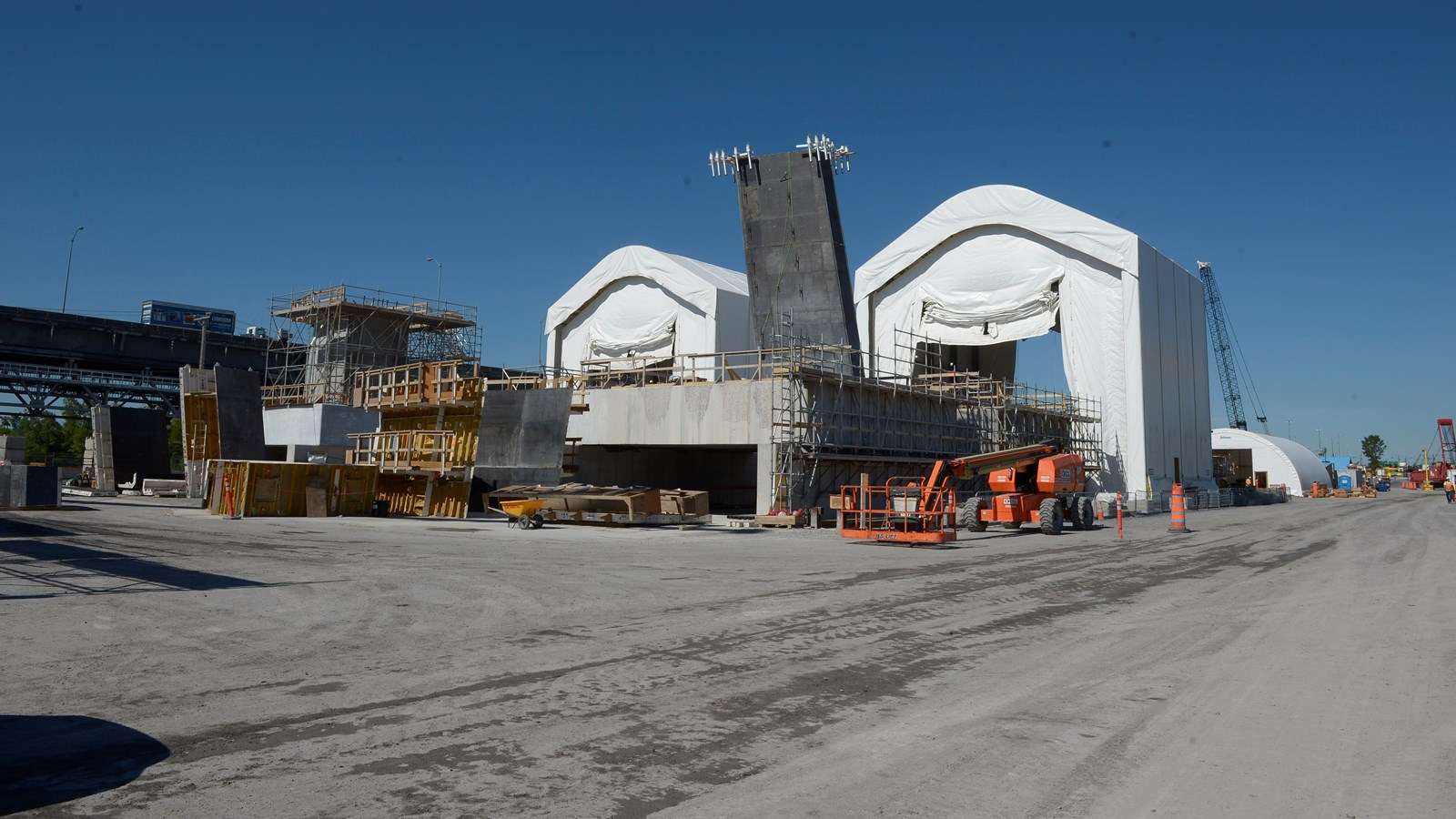 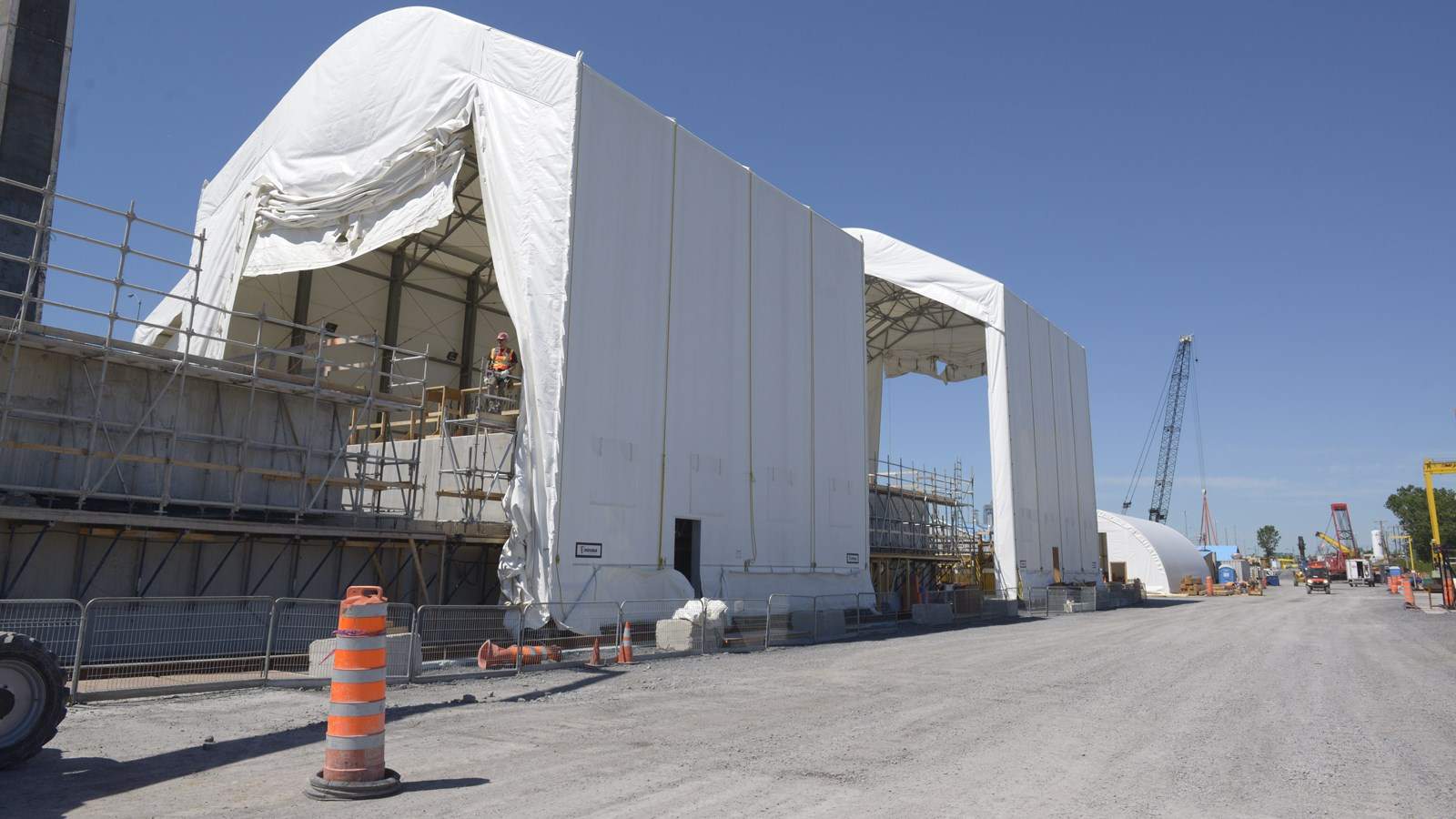 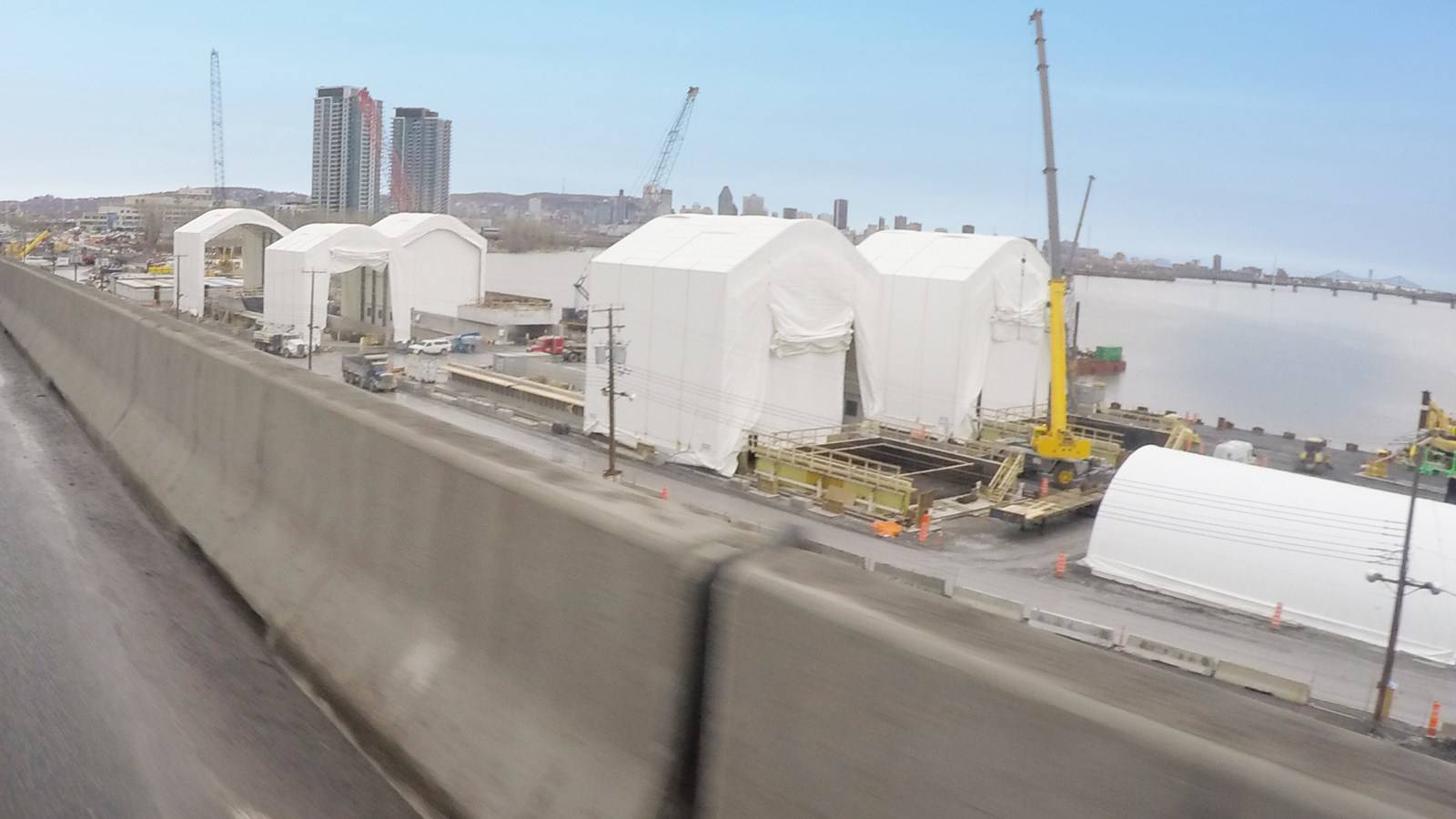 ABOUT THE CHAMPLAIN BRIDGE PROJECT

The new Champlain Bridge is being built alongside the existing bridge which was built in the 1960s. It will include three corridors, with two, 3-lane corridors for vehicle traffic and one, 2-lane transit corridor with light rail transit capabilities for future use. The bridge will also include a multi-use path for pedestrians and cyclists. 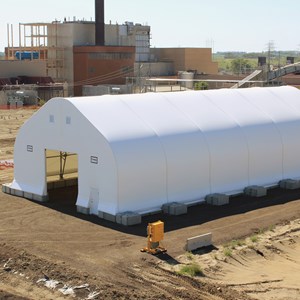 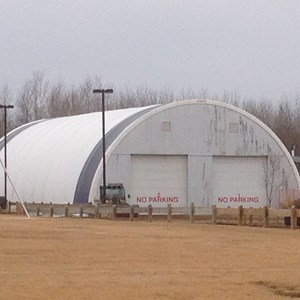